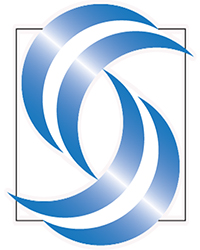 × The Bobby Orr Hall of Fame is pleased to announce it will live-stream a Q&A with the Class of 2020 Inductees on Friday, June 25th at 7:00 PM EST. The event hosted by Waubgeshig Rice, will give us the opportunity to get to know Chris Lee, Sarah ‘Sally’ Manning and Peter Wiltmann better. The event will also feature Future Hall of Famers Aidan Dudas, Megan Oldham, and Graham Ritchie who will share their experiences returning to international competition during the pandemic. The formal induction ceremony for the Class of 2020 will be rescheduled when we can safely host it in person at the Stockey Centre.

Tickets for the event are by donation and available on Tuesday, May 11th at 11:00 AM EST from the Stockey Centre Box Office and online at www.stockeycentre.com. As this is a virtual event only one ticket is required per household. Ticket purchasers will receive an email with the link to join the virtual Zoom event.

Chris Lee – Athlete:
Chris Lee, born in MacTier, ON, has further solidified the reputation of the West Parry Sound region for producing great hockey players. Chris grew up playing Minor Hockey in Parry Sound and his teams won Bantam, Midget and Juvenile All-Ontario Championships. He attended State University of New York (SUNY), Potsdam, an NCAA division II school on a hockey scholarship. In his final season he was named SUNY Athletic Conference Player of the Year and selected for the All-American First Team by the American Hockey Coaches Association. Lee went on to play 249 games in the American Hockey League for the Albany River Rats, Omaha Ak-Sar-Ben Knights, Iowa Stars, Bridgeport Sound Tigers, and Wilkes-Barre/Scranton Penguins. Moving to the German DEL league with Adler Manheim in 2011-12, he earned the Defenceman of the Year Award. Chris went on to play a total of 118 games in the DEL, 71 games in the Swedish Hockey League (SHL) and 322 games in the KHL where he holds five all-time records. Chris made his team Canada debut on the world stage in 2017, winning a silver medal at the 2017 IIHF World Championships followed by a bronze medal with Team Canada at the 2018 Winter Olympic Games.

Sarah ‘Sally’ Manning – Athlete:
Sarah ‘Sally’ Manning was an outstanding and dedicated multi-sport athlete and role model for active living. One of Canada’s most accomplished field hockey players, she won multiple national championships, played on Team Canada at three world field hockey tournaments and was selected as a member of the World Eleven all-star team to play at the Golden Jubilee Tournament of 1980 in Ayr, Scotland. Although born in Toronto, Sally had a long connection to Parry Sound before relocating here through her involvement with local adventure travel company Black Feather with whom she guided canoe, kayak and hiking trips for more than 25 years. Sally was an avid golfer; at Parry Sound Golf & Country Club she was a four-time Senior Ladies Club Champion and three-time Ladies Club Champion. Sally was an also an avid hockey player with the Parry Sound Phantoms for more than a decade competing provincially. Additionally, she was a committed master cross-country skier, winning numerous provincial and national championships and competing at multiple world championships. She won a silver medal in 20km skate ski at the 2008 World Masters Cross Country Ski Championships. While Sally was a fierce competitor in all her sports, she is remembered by teammates and competitors alike for her sportsmanship, integrity and quiet modesty. Sally passed away in 2014 after a battle with cancer, during which she showed the same fighting spirit that allowed her to rise to such a high level in so many sports.

Peter Wiltmann – Builder:
Peter Wiltmann emigrated to Canada from Germany in search of open spaces and room to play. He landed at Wawanaisa Resort in Carling with wife Dorte, which they have operated together for more than 40 years. With a great deal of winter downtime on his hands and trails nearby, cross-country skiing quickly became a passion for Peter, shared by sons Viktor and Konrad. He began volunteering at Georgian Nordic Ski Club more than 20 years ago and since that time has coached the high school ski team, assisted in the creation of the Georgian Nordic Racing Team and served as a Georgian Nordic Board Member. Athletes coached by Peter have gone on to race at provincial, national and international levels. Athletes, parents and fellow coaches alike have noted Peter’s dedication, enthusiasm and the fun, caring, team atmosphere he builds. Just like his athletes, Peter is always striving to improve his coaching techniques and stay abreast of new developments in the sport. Peter is passionate about teaching youth to love sports and considers a day successful if his athletes are giving their best and have a great time outdoors on the snow. In 2018 he was recognized with the Heinz Niederhauser Outstanding Coaching Award by Cross Country Ski Ontario for his significant, long-term commitment to coaching cross-country ski racing in Ontario.

Aidan Dudas:
Aidan is a 20-year-old hockey player who gained his love for the game at the age of four in Parry Sound. He was drafted to the OHL in the first round to the Owen Sound Attack in 2016, and in 2018 he was drafted to the NHL in the 4th round to the LA Kings. At 15 he won silver with Team Canada at the World Youth Olympics and then went on to win two Gold Medals with Team Canada at the Ivan Hlinka U18 tournament, and the U20 World Juniors tournament. Aidan has travelled to many countries around the world for hockey and is currently living in Los Angeles California, playing his first year as a professional.

Megan Oldham
Megan is a 19-year-old freestyle skier on the Canadian National Team. She started freestyle skiing around the age of 15 and absolutely fell in love with it. She has been on the Canadian team for roughly three years and has competed at various events including the XGames, Dew Tour, World Cups and World Championships. In the winter she travels a lot for training but in the summer, she loves to come home to Parry Sound and spend time on the Bay.

Graham Ritchie:
Graham was born and raised in Parry Sound and growing up was involved in a variety of sports including hockey, skiing, and golf. He began competitive skiing in Grade 11, but it wasn’t until Grade 12 that he began training with teammates under the guidance of Coach Peter Wiltmann. Four years ago, he was invited to join the National Team Development Centre Thunder Bay, a cross-country ski team based out of Thunder Bay and for the last three years he has been a member of the Canadian National Ski Team. Graham has competed at the World Junior Championships, U23 World Championships, World Championships, and a handful of World Cup events. This short and unique season was one of the most successful, he earned his best World Cup result yet, finishing 17th individually and 7th with teammate Antoine Cyr.

Waubgeshig Rice:
Waubgeshig Rice is an author and journalist from Wasauksing First Nation. He has written three fiction titles, and his short stories and essays have been published in numerous anthologies. His most recent novel, Moon of the Crusted Snow, was published in 2018 and became a national bestseller. He graduated from Ryerson University’s journalism program in 2002, and spent most of his journalism career with the Canadian Broadcasting Corporation as a video journalist and radio host. He left CBC in 2020 to focus on his literary career. He lives in Sudbury, Ontario with his wife and two sons.

Buy To This Event Directions